The original Apple-1 was just a mainboard – nothing else. Just one exception: Steve Wozniak created afterwards the Apple-1 cassette interface. It was sold for US$ 75. Everything else was up to the owner. For this reason, there is no original Apple case, keyboard etc. And don’t even think about a mouse. 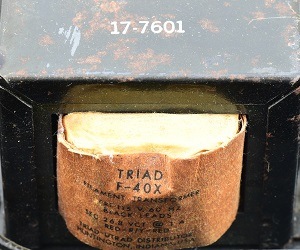 There was no power supply. Apple-1 owners had to find a solution by themselves. Usually two transformers are used. Most Apple-1 owners used Stancor (P-8380 and P 8667) or Triad (F-31X and F-40X) transformers as recommended in the Apple-1 manual. All wiring was up to the owner. Ready-to-use solution were offered by some shops and Apple dealer. 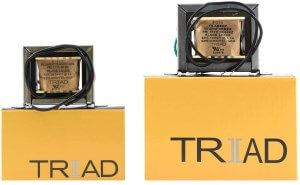 No case at all! Apple never offered a case for the Apple-1. 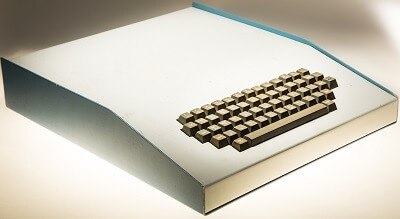 Only one prototype case exist. For years it was on Steve Jobs desk at Apple. Now it on display at the Living Computer Museum, Seattle USA. 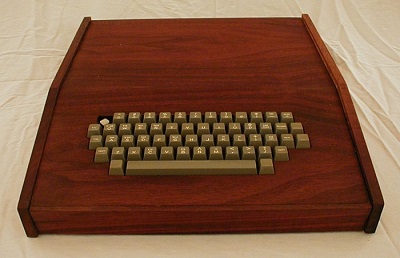 The Byte Shop offered wooden cases handmade by Randy Wigginton's father from California. Randy Wigginton was Apple employee #6. Most owners just used the computer without a case or had chosen custom made cases. Owners were pretty creative when it came to the case: wooden cases, plastic cases, metal cases, 19 inch rack, briefcase or even just a wooden board.
One Apple prototype case exists and belongs to #70 in the Apple-1 Registry. Until 1985 this prototype case was in Steve Jobs' office. 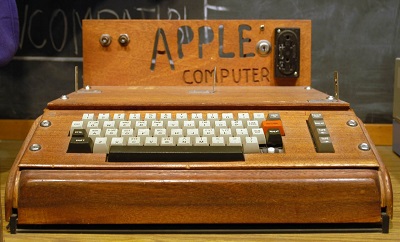 All other cases are designed or bought somewhere by Apple-1 user. For example, the routed wooden case was made by Randy Wigginton's brother at Homestead School, Cupertino, CA, USA in 1976. 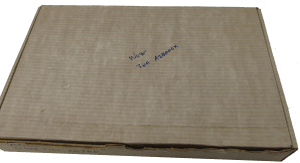 The Apple-1 was delivered in a simple white cardboard box.
A few still exist.
On 1976 photos a stack of boxes in the room of Steve Jobs sister is visible.
A view boxes got some writing or labels on top. 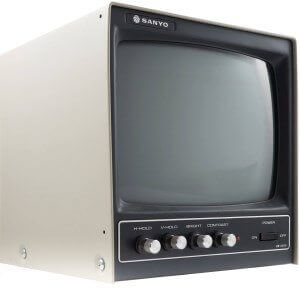 Apple did not offer any monitor for the Apple-1. Some owners used monitors, some TVs. Some owners used an RF modulator to get the signal through the antenna connector. A wide selection of different monitors/TVs were used. Some famous auction pictures show a square monitor, the Sanyo VM-4509 or Sanyo VM-4209. 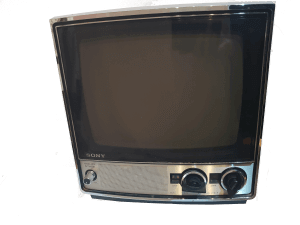 Many pictures of 1976 or 1977 showing TV screens used with the Apple-1. Even pictures at Jobs' house and at First West Coast Computer Faire showing ordinary TVs.
Steve Jobs wrote about the Sony TV 115 in a letter to Electric City Radio Supply.

Optionally there was an interface for tape recorders available for US$ 75. It was plugged into the free slot. There were BASIC and games on cassettes available. This cassette interface was developed by Wozniak. In 1976 the speed of 1200 baud was considered fast.

Anyway, loading programs from a tape recorder could be quite tedious. The data transfer was not particularly reliable. Later it was discovered that the replacement of a 10nF capacitor with a 100nF capacitor make it considerably more reliable. 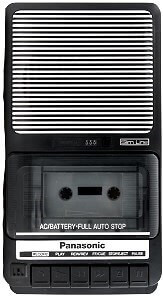 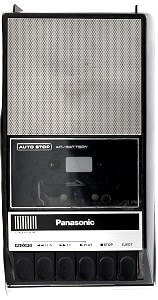 Again, many people believe the Panasonic RQ-2102 would be THE cassette recorder for the Apple-1 just because many auction pictures showing this recorder. But this type was manufactured years later. It is just a better solution than the one Apple-1 owner had to use back in 1976. Back in 1976 Panasonic RQ-309DS was available and recommended by Apple. 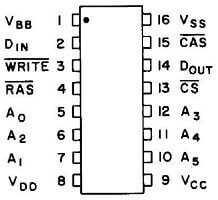 Memory was limited to 4 or 8 KB but it was possible to upgrade it by yourself. This was not an easy task and only a few owners added more memory. For some Apple-1 this additional memory was later removed to make it look more original for auctions. It is up to you to judge if this is good or bad. 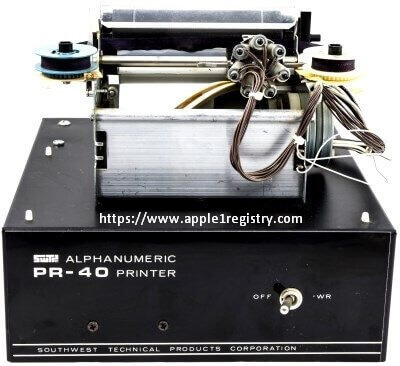 Just a few owner tried to use a printer with the Apple-1. Steve Jobs wrote an article about the SwTPC PR-40 printer and how to use it with an Apple-1. The PR-40 have 40 columns. The paper width is 4 inch. 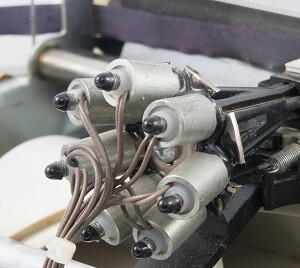 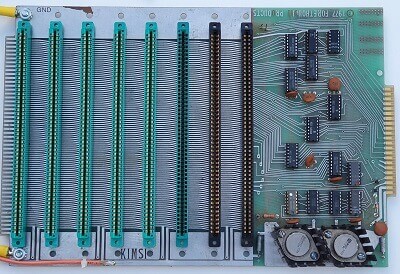 Some owners created additional hardware for the Apple-1. Some were added directly to the mainboard and others were added by using the expansion connector. KIMSI was an additional board made for KIM-1 computer and was compatible with the Apple-1. The KIMSI allowed to add S-100 cards. S-100 was some kind of standard in the 70’s and for example used in Altair and IMSAI computers. Some users even added a Teletype to the Apple-1. Another nice addition was the GT-6144 Graphics Board. This board made it possible to use monochrome graphics. Well, graphic resolution was only 96x64 pixels.