Some documents were offered by Apple Computer. If you would like to get your hands on it, you may find some scanned documents. 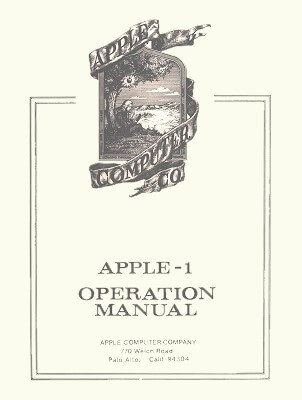 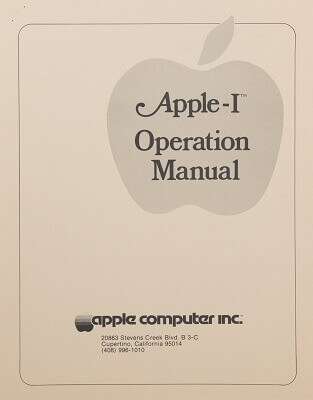 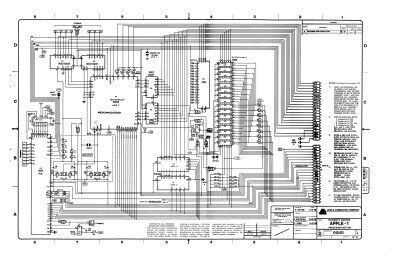 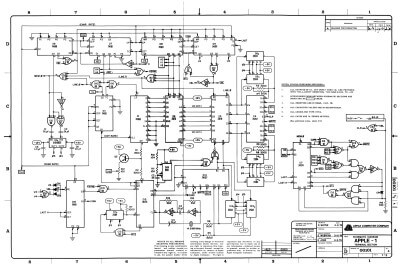 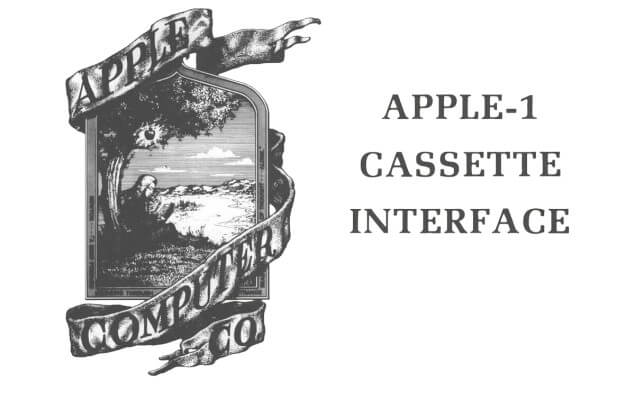 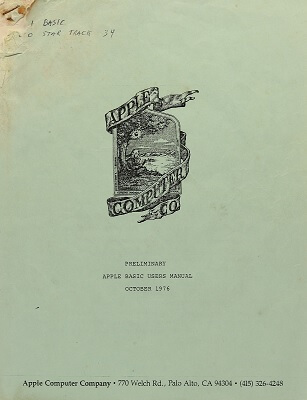 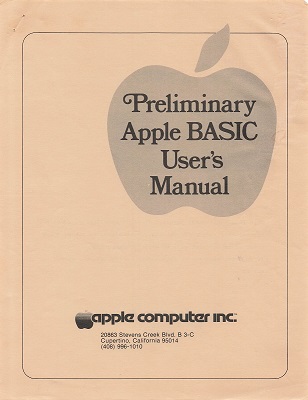 The Apple-1 was listed in the official Apple Computer price list of April 1977. It was a single sheet. The price was reduced to US$ 475 for 4 KB and US$ 575 for 8 KB.
The Apple-1 had to compete with the vastly superior Apple II at that time. Its only advantage over the Apple II was the low price. 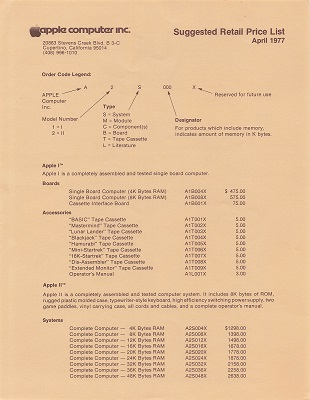 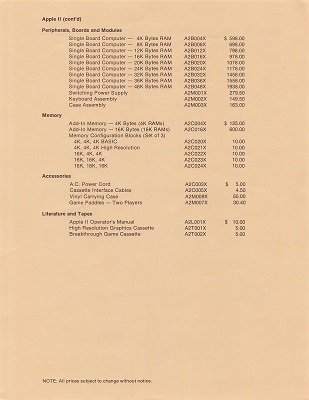 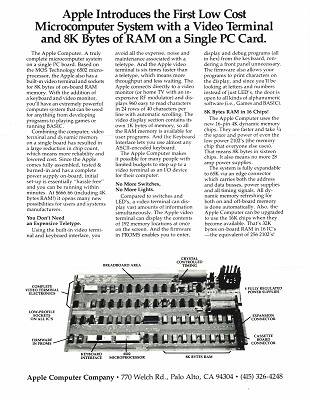 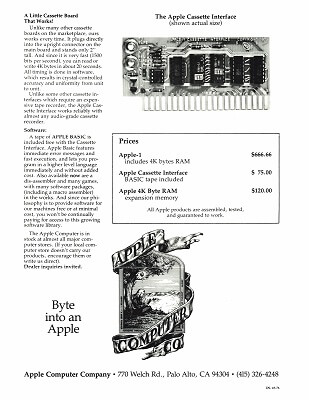 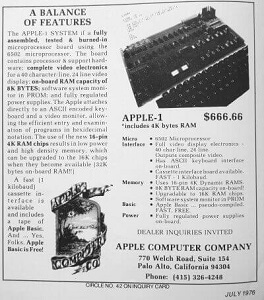 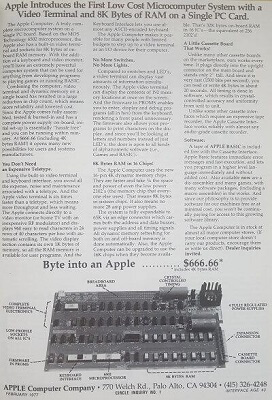 Preliminary leaflet with some product information.
Both images with kind permission of David Larsen. 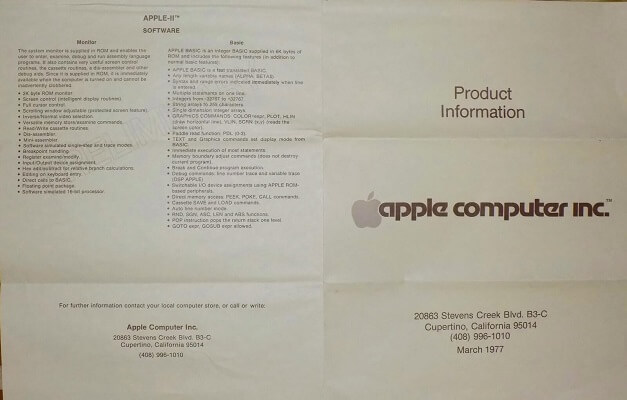 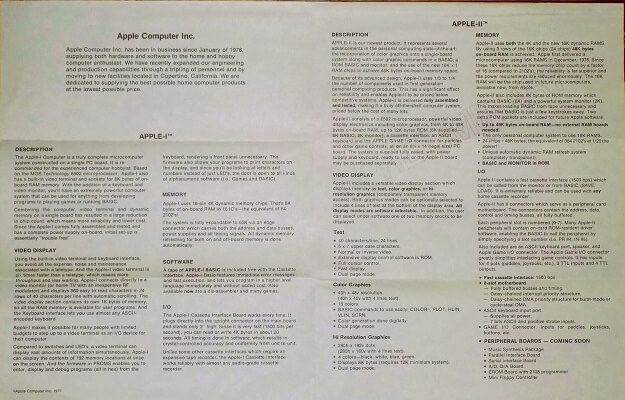 Apple and some computer shops had placed advertisements since July 1976. Some newspaper articles have been published. 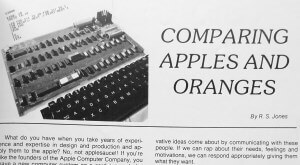 The new computer magazine Kilobaud published another article in February 1977. 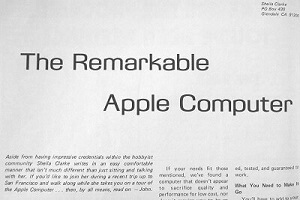 Steve Jobs wrote an article about how to use the SwTPC PR-40 printer with an Apple-1.

First presentations happened at the Homebrew Computer Club.
At the PC-76 show in Atlantic City Apple was present.
At the First West Coast Computer Faire Apple had a stand and was successful in selling computers. 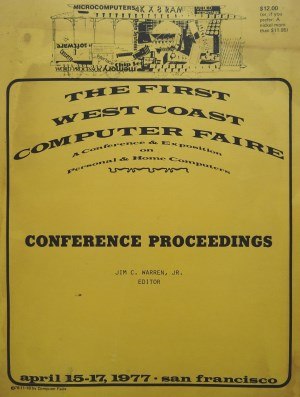 Zaltair was a prank done by Steve Wozniak. Very young Adam Schoolsky (later an Apple employee) helped him to pull of it at the West Coast Computer Faire. Of course, the Zaltair was a non-existing computer.

Steve Wozniak loves jokes and pranks. At the First West Coast Computer Faire (1977) he had many copies of a handout advertising the fictional computer called Zaltair. Woz wrote, he had 20,000 copies. Only a few still exist. MITS, the company building the Altair, obviously didn't like this brochure very much.

Fun fact: If you take the first letter of every word in the fictional quote on the front page, you get 'Processor Technology'. 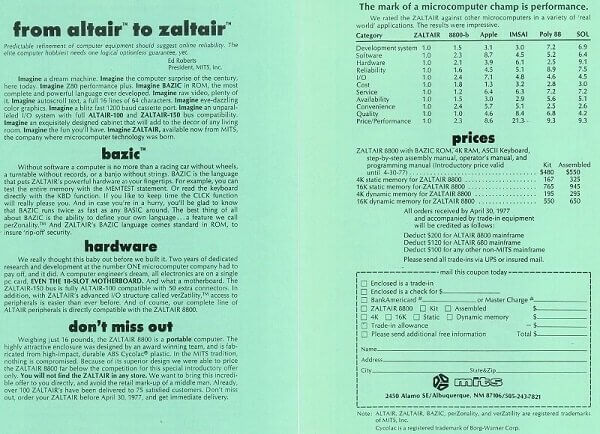 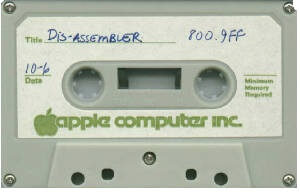 Only a handful of original software for the Apple-1 exist. Apple Computer itself had only a few cassettes to offer. Today it is very comfortable to use music player instead of cassette player.
All software for Apple-1 can be found as sound files. You can record those files on tapes or use modern music player.